Providing compassion and care is not just our profession at Prestige Home & Community Support. It is our passion, and it’s our culture. 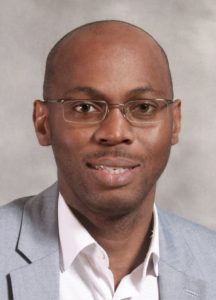 Mr. Smith is the founder of Prestige Healthcare Resources, Inc.  (PHRI) an In-home care, case management, mental health and staffing company focusing on enhancing the lifestyle of health care professionals and advocating for the underserved and fragile population.

Mr. Smith has a humble beginning. He came to the United States as an immigrant after various setbacks and rejections, starting from exposure to over ten years of ravage civil war in Liberia to a “near-miss” personal injury while working at a menial job in the United States. Despite countless setbacks, Mr. Smith is determined to be successful, to make the difference and to be the best in what he does. Hence, his nickname “No Excuse Guy” is not a coincidence.

Mr. Smith graduated with an associate degree in nursing from the Prince Georges’ Community College and subsequently a bachelor’s degree in nursing from the University of Maryland in Baltimore. After graduating, he went on to work in various hospital settings and specialties. His clinical experience includes telemetry, medical/surgical, perioperative, psychiatric, hospice, home health, and community health. Despite working in various health care settings and specialties, his true love and compassion is being an entrepreneur, creating jobs and advocating for the underserved, fragile senior population.

While working at various health care settings, Mr. Smith noticed disparities in the healthcare industry, which fueled his desire to create Prestige Healthcare Resources in 2009 with the objective of advocating for seniors and underserved population. Over the years and under Mr. Smith’s leadership, Prestige expanded into three different states and become one of the prime case management and mental health providers in the District of Columbia. In order to better serve and meet the moral obligation of advocating for the underserved population in the community, PHR initiated a 501 © 3 foundation called “A little More Support” with the mission of providing additional community resources for the underserved population.

Mr. Smith is a writer and a best seller author of the following books: “Their Independence, Your Peace of Mind: A Checklist For Keeping Elderly Parents in Their Own Home”; “Aging in Place: Insight and Advice on Maintaining an Independent Lifestyle”; and “Freedom At Last: How to Overcome What’s Holding You Back from getting What You Want!” Outside of Work.  In addition to writing, Mr. Smith enjoys spending time with his family, working out, playing tennis, ping-pong and Volleyball.

Mr. Smith has been invited to numerous speaking engagements to share his story to the world and to help individuals and companies learn secrets of “How to Use Rejections as YOUR Weapon for Success”. He has been an inspirational icon for new companies, new employees, students and people at the corporate level. For additional information or to request a speaking engagement, contact John S. Smith, Jr. E-mail: jsmith@personnelresults.com Phone: 240-644-3578. 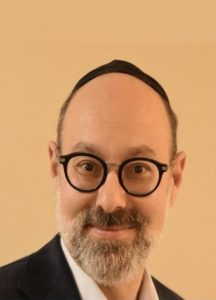 Mr. Daniel Czermak is President and Chairman of the Board of Acute Care Health System (ACHS).  Mr. Czermak together with Dr. Lebowitz founded ACHS in 2002 and has successfully developed multiple businesses in the health care industry that include Long Term Acute Care Hospitals, Urgent Care Centers and a PACE Program in New Jersey. He has grown these businesses over the past 20 years with more than 300 employees and a net worth in excess of $50 million. He was intimately involved with the startup phases of these projects and remains active in the ongoing performance of the businesses. He worked with the legislative bodies to ensure the development of the Beacon of LIFE PACE program in Oceanport, NJ that opened in October 2015 and continues to grow. Beacon has it’s second PACE program under development in NJ with expected opening in January 2021.

Mr. Czermak is also a principal in MY Care and Unity Place. My Care, developed in 2016, is an urgent Care Center in NJ which has over 30,000 visits annually servicing over 12,000 unique patients in 2017. My Care caters to both pediatric and adult patients. Unity Place is a licensed outpatient facility that provides a broad range of clinically intensive treatment services in a structured environment during day or evening hours for both mental health and substance abuse services.

Mr. Czermak has had multiple investments in real estate: 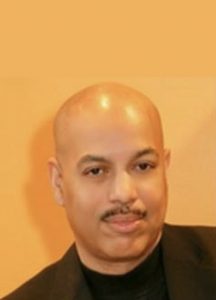 Fenwick is the Founder and CEO of FLipThatStock.com and Hold That Stock, an education and technology company that specializes in teaching beginners how the stock market works and how to make money Flipping and Holding Stocks using the their laptop, tablet and smartphone. Fenwick graduated from Hampton University with a degree in nursing/pre-med at the urging of his father, a doctor, and mother a nurse. After graduating, he went onto work in a hospital as an RN for a year. Not wanting to go to medical school, he later entered Corporate America taking on various positions in sales and marketing in the pharmaceutical, medical equipment and diagnostic industries. However, his true passion was being an entrepreneur.

While at his corporate job, Fenwick began taking each of his passions (including recording and producing music, martial arts, coaching and marketing) and turning them into profitable little businesses that combined surpassed his 6-figure corporate salary and he quit his $100,000 A Year Job. He went on to write the Award-Winning Book, “How I Quit My $100,000 A Year Job” to inspire, motivate and educate others on how to turn their passions into profits. He even launched a TV show called “The Kick Your BOSS to The Curb” Show. He became a featured speaker at many entrepreneur conferences on the topic of turning your passions into profits. Little did Fenwick know that after purchasing a piece of music equipment for his recording studio from a stranger, who later became one of his best friends, that he would develop his biggest passion of all, “the stock market”. His new friend encouraged him to learn how the stock market works and how to “actively” find, research, analyze and buy and sell stocks. Fenwick began learning about the stock market from his friend and spending countless hours studying the stock market, even hiring a personal coach to accelerate his learning. He started investing (holding) in stocks and then began trading (flipping) stocks. He developed a talent and skill for flipping stocks. He began telling his friends about how the stock market works and they began asking him to teach them. They also began telling others about him and soon Fenwick was getting request from across the country to teach how the stock market works and how to flip stocks. That’s when Fenwick started FlipThatStock.com

Since starting FlipThatStock.com, Fenwick has been featured on numerous radio shows, giving his insights on the stock market. He is also the featured speaker on the stock market and how to build a successful business at numerous conferences across the country. He recently started Hold That Stock for those interested in learning a FUN and EASY way to invest in the stock market from their android and I-phones. His NEW Book, “How I Quit My Job and Built A Million Dollar Company” is scheduled for release this year. Contact J.R. at FlipThatStock@gmail.com or 301-447-0060 Book J.R. to speak at one of your events thru www.BookJRFenwick.com 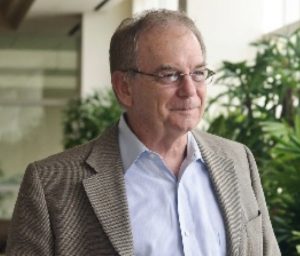 As the president of Lay Professional Services, Harry provides services that create value and enhance the performance for the firm’s clients.  These services include facilitating strategic planning retreats, defining and implementing strategic goals supporting an entity’s vision, defining and implementing profit improvement processes, attracting, hiring, and retaining key personnel for his clients together with mentoring high level leadership positions.

Prior to starting his own consulting firm, Harry served as the President and Chief Financial Officer for a large multi-office international architectural and engineering firm for more than eight years where he directed the financial, treasury, strategic planning, and related administrative activities.  This firm was responsible for the opening of all the Wal-Mart stores built in the U.S. from 1990-1996, and grew to over 600 employees and almost $100 million in gross billings while earning unprecedented profits for its industry.

Harry serves on numerous boards of directors where he oversees corporate governance, the implementation of strategic initiatives, and supports senior management with their operating results.

Harry Lay is the trusted advisor to CEOs and business leaders worldwide. He is uniquely qualified to serve as the voice of experience as well as the clear and constant sounding board to help propel seasoned leadership and the new-kid-on-the-block to extraordinary success. 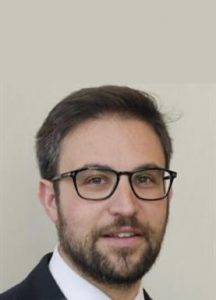 Todd Stern, BBA, MBA, CHA joined Seasons Hospice & Palliative Care in 2001 as the organization’s Chief Financial Officer and Managing Principal, and was appointed the Chief Executive Officer in 2005. Mr. Stern holds a BBA and MBA from Loyola University Chicago and is a Certified Hospice Administrator, and began his career in healthcare working for medical supply and long-term care companies.

Mr. Stern, a former member of both the National Hospice and Palliative Care Organizations (NHPCO) Public Policy Committee and the Hospice Action Network (HAN) Board, is highly supportive and active within hospice advocacy. With Mr. Stern’s support, Seasons leaders represent and serve on nearly every NHPCO and HAN committee and both respective boards of directors. Under Mr. Stern’s leadership, Seasons Hospice & Palliative Care has grown to become one of the leading hospice and end-of-life care providers in the nation, operating coast to coast and across 20 states.

Beyond hospice, Mr. Stern cofounded and serves on the board of various healthcare operating businesses focused exclusively on post-acute with an emphasis on care in the home across home healthcare, homecare, home based dialysis, ambulance, home medical equipment outpatient physical therapy clinics, long term care,  and assisted living.

Prestige is a locally owned small business operating in wards 4 and 8 in Washington, DC. PHRI is celebrating over 10 years of delivering service to vulnerable residents in the district. We are one of the preferred certified mental health providers in the community. PHRI is a DC Chamber member with relationships with industry stakeholders to support and continue work and service in Washington, DC 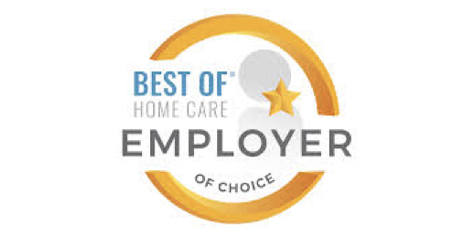 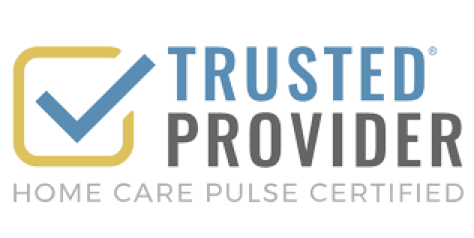 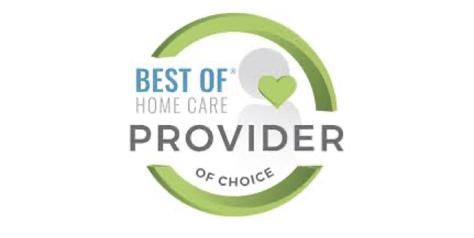 “Both client and doctor are happy with the quality of nurses we sent to assist her with her insulin. Stated the nurses are always on time and stay extra to sit and talk with the client.”

“Spoke with the client’s Doctor, she stated the weekend care went very well with aide Phylicia Moore. She was impressed with the knowledge and the experience the aide had, she stated she didn’t need to do any training on how to care for her dad. She stated aide did a great job with her dad and she would certainly continue to use Prestige services.”

“Spoke with POA Jackie she informed me that the aides on the case are all exceptional, she stated all the ladies did a great job with both clients while they were sick. She said that it’s a good team I have on the case and the clients are happy. Good Job Ladies :)”